This week’s Ecosophian offering is the monthly (well, more or less!) open post to field questions and encourage discussion among my readers. All the standard rules apply — no profanity, no sales pitches, no trolling, no rudeness, no long screeds proclaiming the infallible truth of fill in the blank — but since there’s no topic, nothing is off topic. (I think we’re far enough into the current coronavirus outbreak that most of my readers are as bored with the subject as I am, so that’s not a banned topic at this point…though if I’m wrong and this turns into another coronafest, I may rescind that.) 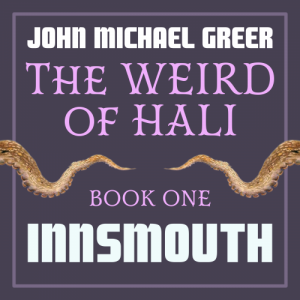 I’m also delighted to announce that two of my books are available (or about to be available) in new forms. To begin with, The Weird of Hali: Innsmouth, the first volume of my epic fantasy with tentacles, is now available in audiobook format. Check your favorite audiobook source for copies.

Second, my book Inside a Magical Lodge — the first and still the only significant book about traditional lodge design and practice — is now forthcoming from Aeon Books in a new and substantially improved edition. Here’s the cover blurb, in case you haven’t encountered the book: 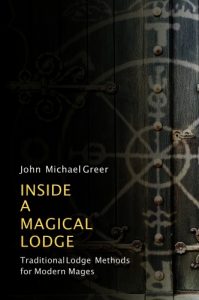 “For centuries, magical lodges have been one of the most important and least understood parts of the Western esoteric traditions. The traditional secrecy of lodge organizations has made it next to impossible for modern students of magic to learn what magical lodges do, and how their powerful and effective traditions of ritual, symbolism and organization can be put to work. This updated and expanded edition of ‘Inside a magical lodge’ reveals the foundations of lodge work on all levels-from the framework of group structure that allows lodges to efficiently handle the practical needs of a working magical group, through the subtle approaches to symbolism and ritual developed within lodge circles, to the potent magical methods that lodges use in their initiations and other ceremonial workings. It is a must-read for members of existing lodges, for students of magical traditions such as the Golden Dawn, for practitioners of other kinds of group magical work and for all those who have wondered about the hidden world behind lodge doors.”