As announced earlier, this blog will host an open space once a month (well, more or less) to field questions and encourage discussion among my readers, and this is the week. All the standard rules apply — no profanity, no sales pitches, no trolling, no rudeness, no long screeds proclaiming the infallible truth of fill in the blank — but since there’s no topic, nothing is off topic.

But first, an announcement… 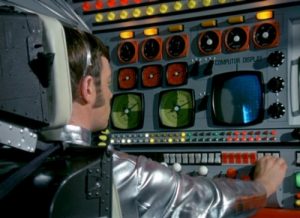 Radio static crackles over the speakers as the pilot and co-pilot carry out final system checks from the bulky steel chairs in the cockpit of the gleaming spacecraft. One turns to the other and makes a thumbs-up gesture: all systems are go. Behind them, in the main cabin, sixteen intrepid interplanetary explorers brace themselves. Then, over the speakers, the countdown: 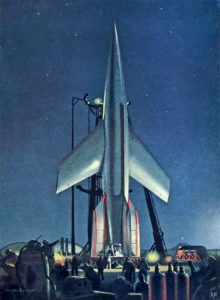 With a tremendous roar, the engines rise to full power. 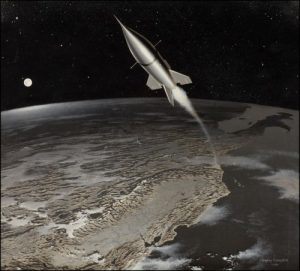 Perched on a pillar of fire, the mighty spaceship Vintage Worlds rises from the surface of the Earth, en route to the solar system that should have been…

I’m delighted to report, in other words, that the Old Solar System short story contest has been a rousing success. Zendexor and I received a fine selection of lively, readable stories, and a hefty anthology is now in the works. The following stories have been selected for the first volume (yep, there’ll be more than one) of Vintage Worlds:

“Europa Or Bust” by Shep Barnett

“The Lure of the Depths” by Violet Bertelsen

“The Dorian Grays” by D. Blakeden

“The Martian Girl” by Christopher Hennington

“The Headless Skeletons of Mercury” by Troy Jones

“The Solar System, The Universe and Everything” by Albert Sevcik

“The Lost Cosmonaut and Saucer Six” by Clint Spivey

“The Answer at the End of the World” by Arthur Vibert

and “Out of the Chattering Planet” by yours truly.

Contributors have until March 30 to put a final polish on their stories — no major changes, please, but if you catch a glitch somewhere now’s your chance to fix it. Please send any corrections in to the same email address you used for the submission, and include a paragraph of material for a biographical blurb.

I’d like to thank everyone who submitted stories to this project! As with the four After Oil anthologies, it’s been a delight to read so much good fiction that leaves behind the mandatory interstellar future that domineers over so much of contemporary SF. Stay tuned; in the near future I’ll be announcing not one but two new contests.